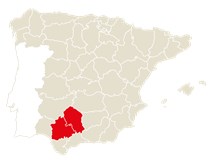 Olives are intimately inked to Mediterranean cuisine. Thousands of years ago Greek mythology told of how, with her spear, the goddess Palas Atenea gave birth to the olive tree, an extraordinary tree whose fruit would give nourishment to men and from whose fruit a juice would be extracted that would bring them energy, would cure their wounds and would shed light in the darkness. And although it is true that olives were initially used to extract oil, there are references from the 1st century B.C. quoting their direct consumption. Such is the case of Columella’s famous writings that describe different methods of preparing table olives. In fact it even became a basic component of the daily diet of field laborers in Andalusia and Extremadura during the nineteenth and twentieth centuries.

As well as being the first world exporter of olives, Spain also has the widest offer of varieties: Manzanilla, Hojiblanca, Gordal, Carrasqueña, Cacereña, Aloreña, Lechín, Morona, Verdial, Picual… among many others.

Being a delicate fruit, harvesting requires special care in order not to damage it, reason for which the most sensitive varieties are still collected by hand. Harvesting, popularly known as “el verdeo”, primarily takes place in the months of September and October.

In Spain there are over 80 types of olive stuffing. The most popular are anchovies, peppers, almonds, garlic, tuna etc.

Depending on the moment of collection and the following preparation process, there are three types of olives: green, black and of variable color (purple, chestnut or pink). After processing to make them edible (olives are the only fruit which cannot be eaten straight from the tree), it can be found in countless presentations: whole, pitted, sliced, halved, quartered or in segments. They can be dressed in brine, Spanish style, with garlic and herbs, with thyme or oregano, with citrus fruits like lemon or orange or with onion, etc. And if we consider the stuffings, there are over 80 different kinds, the most popular of which are anchovy, pepper, tuna, salmon, almond, lemon, onion, garlic, ham, etc.

The real development of the table olive sector began at the end of the 19th century in the province of Seville. Since then Spain has been international market leader in terms of production volume, transformation, sales and export. As well as the 8,000 direct jobs the sector generates, one must take into account the over 6 million days of field labor needed forthe harvest and farming of olives. The sector’s contribution to Spain’s gross domestic product is in the range of 1,000million Euros.

Of the 2,584,564 hectares of olive groves in Spain, 144,904 hectares are reserved for table olives, that is to say, 5.61%. The greatest expanses of this crop can be found in Andalusia (83.67%) and Extremadura (14.13%), although to a lesser extent they can also be found in Aragón, Catalonia, Murcia and other regions. With an average production of 515,000 tons over the past few years, Spain remains the first table olive producer in the world (22% of the global total) followed far behind by Egypt, Turkey and Syria.

Over 60% of our production is destined for export, which also makes Spain, with a considerable difference, the first exporter of table olives worldwide, followed by Greece and Egypt. In 2012 exports amounted to a value of 630.6 million Euros to over 120 countries. Their main destination is the USA, which accounts for 24% of exports. Internal consumption is also considerable, with Spain occupying the fourth place in the world ranking.

Spain is the number one producer, processor, seller and exporter of table olives and the 4th consumer on the planet

Olives are the most popular of our pickles but not the only one. The next most popular are gherkins, pickled onions, aubergines, garlic, chiles, carrots and capers. In Spain they are eaten at all times, especially as tapas or as snacks in bars, with an ice-cold beer or a glass of vermouth. Their consumption at home is not to be underestimated. A very popular way of eating them is as “banderillas”, which get their name from one of the instruments used by bullfighters during corridas. They consist of various pickles – a combination of olives, gerkins, onions, peppers, chiles and anchovies – on a skewer.

Pickles are vegetables preserved in wine vinegar, although occasionally to enhance their flavor, garlic, onion or spices may be added. Furthermore, they don’t lose any of their nutritional properties in the process, maintaining all of their vitamins and minerals.